The history of TerraCast with RotoCast origins. 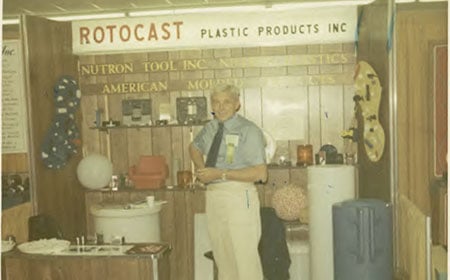 My Grandfather put his heart and soul into this company, a tradition that I am honored to carry on.Brad Goldring, CEO of TerraCast®

As a salesman, Bob Grossman always tried to be innovative in how and what products were offered to clients. In the late 1960’s he ordered a product from Italy made of Terracotta clay that arrived damaged and unusable. Upon contacting the vendor regarding the damaged product, he received little help and poor customer service.

Bob, being an unhappy customer and salesman in the plastics industry, decided to create and manufacture a better quality product and contacted Tom Schidel in order to do so. Tom was the Chief Design Engineer for Rubbermaid when asked by Bob to start a new company with him as a rotational-molding engineer. One week later, Tom arrived in Miami, Florida, to meet with Bob. They started a company known as RotoCast, which grew to be one of the biggest rotational-molding company in the country. With 9 factories throughout the U.S., they produced close to one thousand products through 18 proprietary product lines that included planters, lampposts, toolboxes and more.

Tom was as creative as Bob was innovative. Developing products from scratch or sketch, Tom implemented product templates for most of the company’s products as well as other companies that extended outside of the roto-molding industry. Such products ranged from toolboxes for pest-control companies to various models of heavy-duty equipment for construction companies, continuing the success and growth of RotoCast. 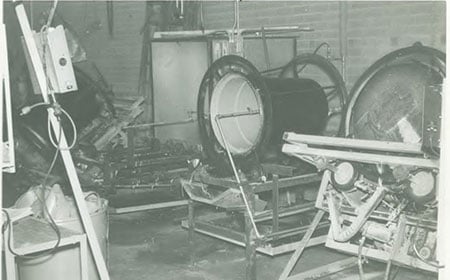 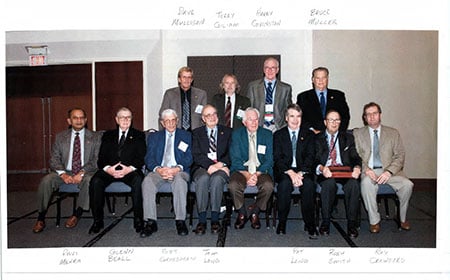 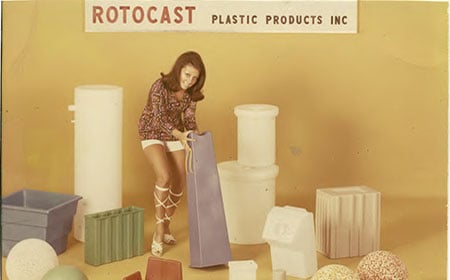 Tom was as creative as Bob was innovative. Developing products from scratch or sketch, Tom implemented product templates for most of the company’s products as well as other companies that extended outside of the roto-molding industry. Such products ranged from toolboxes for pest-control companies to various models of heavy-duty equipment for construction companies, continuing the success and growth of RotoCast.

Bob started the Association of Rotational Molding, or ARM, in which many different roto-molders would come together to discuss how to improve the roto-molding industry. He was elected as the organization’s first president and was the first inductee into ARM’s hall of fame, followed thereafter by Tom. ARM has not only improved the methods and use of rotational-molding, but has also helped businesses in the industry to grow and excel from adopting said roto-molding methods.

2-tomRotoCast became so successful that by the 1980’s they were seen as a competitive threat to other businesses in the industry. Soon thereafter, Rotonics bought out RotoCast in 1998. Fortunately, Bob and Tom didn’t give up the actual real estate where the factories resided or ownership of the land and effectively became “landlords” to Rotonics.

Bob and Tom recruited a third partner, Bob Cornwall, whose strengths included employee management, account finances and other administrative skills. The three partners continued to build on more “landlord” and business managing development ideas and started a new company known as GSC Industries. Through GSC Industries they acquired properties and land, allowing the addition of new clients and tenants to the real estate industry. Progression within GSC Industries continued until 2010 when Rotonics folded and the two main proprietary product lines (Classic Lamp Posts and TerraCast® Planters) along with clientele, molds and products were returned to Bob Grossman and Tom Schidel.

This series of events caused Bob and Tom to return to the roto-molding industry under the name TerraCast® LLC, close to twenty years after it originally was sold as RotoCast. Years after the innovation of RotoCast to TerraCast®, came the addition of Bob Grossman’s grandson, Brad Goldring, who was trained to eventually become owner of TerraCast®. With the passing of Bob Grossman in 2011, Brad became President and CEO of TerraCast®, taking the growth of the company to new heights.

All of our products are made in America. All offices, warehouses, facilities and factories stand proud on US soil. Originally founded in 1969, we have remained an American owned and operated company.

A Terracast® product is designed to beat out the competition in every conceivable way. Our products are customizable, lightweight, weather/graffiti resistant, eco-friendly, and almost indestructible.

When you contact Terracast® you will always be met with a friendly voice. We want to make sure you are well taken care of whether you're a new customer or have been doing business with us for 20 years.