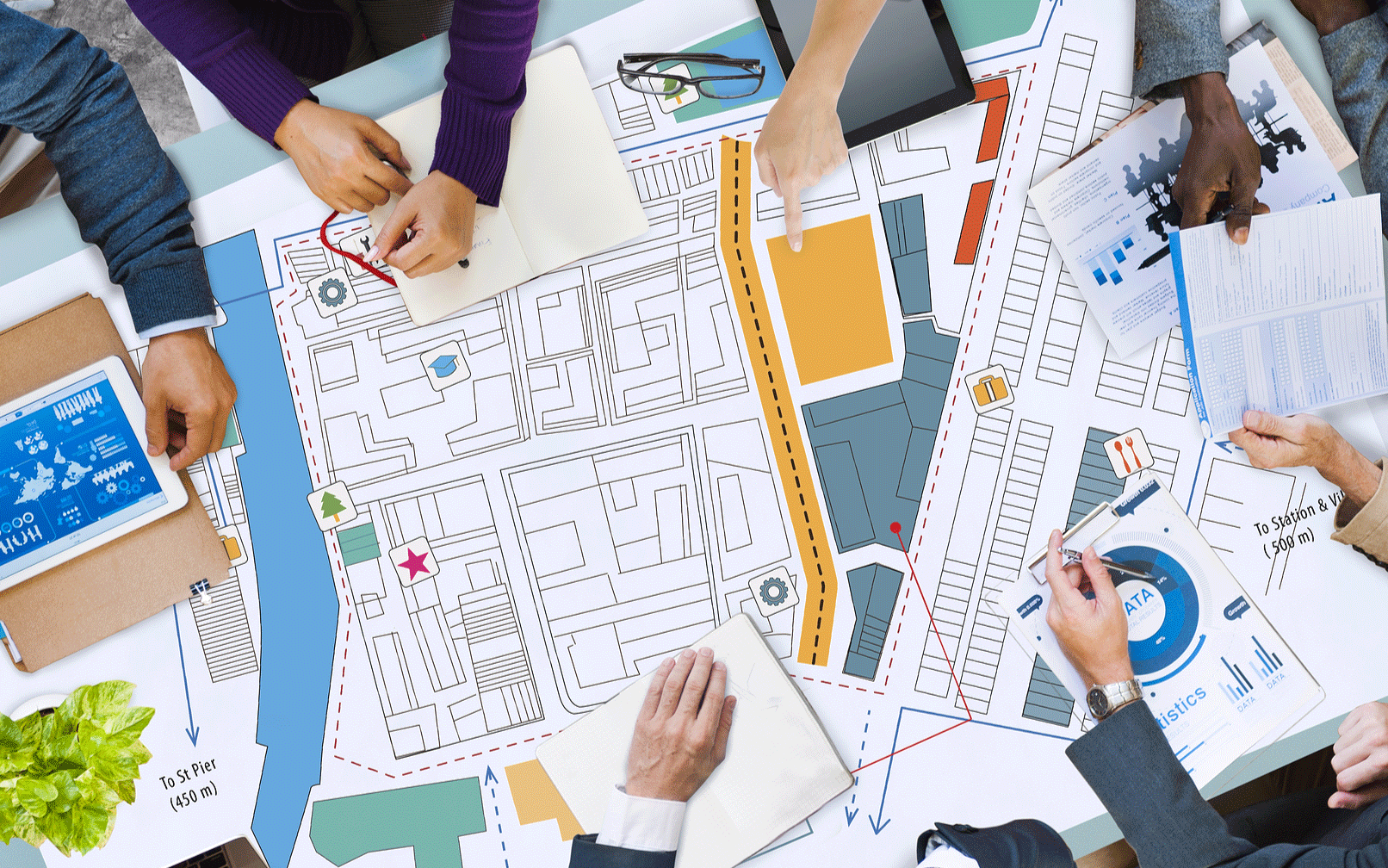 The most famous, well-known and livable cities around the world have access to open spaces, plenty of greenery, easy to access transportation, and a number of other important elements associated with quality urban planning.

Researchers have pinpointed vital connections between human health and the actual design and structure of the city they live in. Research of this field is broken up into several sectors: health promotion, urban studies, transport planning and medical.

2007 marked the first time in history that over half of all people lived in cities. Over the next 20 years, urban populations are expected to expand by 1.5 billion people. As a result of this growth, the number of megacities is expected to increase as well.
As more research becomes available regarding the benefits of greenery in urban spaces, natural environments are playing a more paramount role in urban planning.

Urban planning is considered a relatively new field that is highly focused on the overall health and wellbeing of a community. The goal of this field is to create cities that decrease the spread of illness and disease related to overcrowding, poor sanitation, and environmental pollution.

Urban planning helps create medium and long-term goals that fall in line with a collaborative vision of a city. This includes figuring out what resources will be used to enable these accomplishments.

There’s no such thing as sustainable development without urban planning. Thanks to proper planning, cities can make the most out of designated municipal budgets, while balancing growth and the natural environment.

The overall design of a city drastically changes the way people interact and live their life. A city can promote bicycling, walking, and outdoor exercise by creating the right channels for people to do so. It’s equally important that people have easy access to public transportation and that the layout of the community promotes interactions with neighbors. By designing a city that encourages physical activity and socialization, you reduce the prevalence of obesity, lifestyle-related diseases and depression.

Benefits Of Greenery In Urban Spaces

An evaluation of the largest 85 cities in the US found that the overall health savings associated with adding parks to urban areas was around $3.08 billion. Native trees and plants are a low cost and low maintenance way to beautiful landscapes without spending much money.

Plants serve as beneficial natural assets when it comes to solving things like storm water runoff and air pollution. A 2008 report by the Trust for Public Land Center for City Park Excellence showed Philadelphia experienced a $16 million savings in annual public costs by adding more greenery.

Overall quality of life increases when a community has access to greenery, open spaces, playgrounds and parks. Access to the natural world decreases stress levels, depression and promotes better overall health. Community gardens and pretty spaces help boost community moral, hence why greenery is also shown to reduce violence on the streets and in the home.

Open spaces and public parks promote healthier and more physically active individuals. According to a 2008 study, people with access to open spaces are 3 times as likely to get the recommended daily dose of physical activity. When people get enough exercise they tend to have less health problems, reduced healthcare costs and better mental health.

Plants also help reduce man-made pollution and improve air quality. According to the World Health Organization, an estimated 4.6 million people die every year due to causes directly linked to air pollution. More greenery in your community translates to less pollution.

Trail networks and parks can make appealing connective links between different neighborhoods. This not only promotes all of the benefits outlined above, but also it makes an area more attractive to potential buyers and renters. As a result, the local market increases as well.

Some developing nations are setting new standards for green living. For instance, in Brazil the “green city” of Curitiba has created an environmentally friendly green urban space for its 1.8 million occupants. Curitiba is home to 16 parks, over 1,000 green spaces and 14 forests. Interestingly, Curitiba produces 23% less fuel per capita than the average in all of Brazil.

India is a cause for concern regarding city planning. Around 700 million rural poor are expected to move into cities by the year 2050. This could potentially put a huge strain on the local environment. India is considered one of the most diverse countries in regards to natural habitats, landscapes and wildlife. In other words, they have a lot to lose without proper planning, and there hasn’t been much planning up until now. Indonesia, China and South Africa are other major countries that have not addressed the importance of proper urban planning despite rapidly expanding populations.

The Future Of Your City Depends On Quality Urban Planning

The world as a whole must rely on good urban planning that focuses on the overall health and wellbeing of communities as well as the natural environment. As a result, our cities will continue to thrive even as populations expand.

TerraCast Products has helped a number of major cities all around the US implement better urban planning and design with our eco-friendly, long-lasting site furnishings, planters and more.