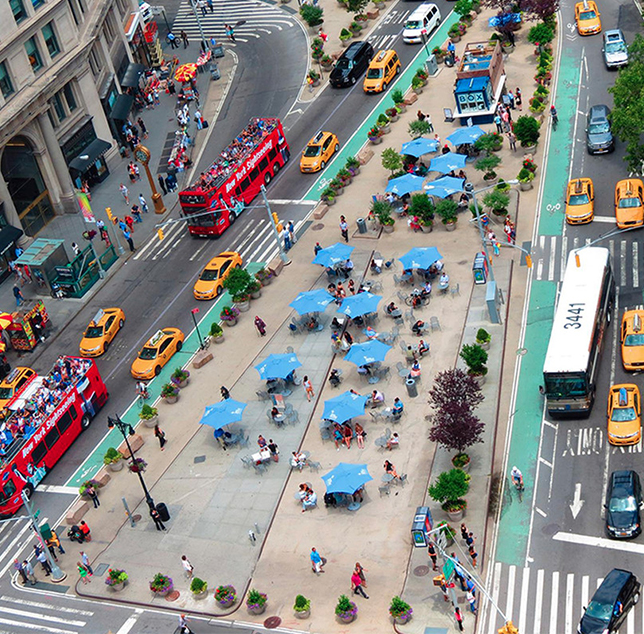 What began as the design idea from the minds of engineers whom staff the New York City Department of Transportation has, over the last 5 years, grown exponentially.  Not just within the city that never sleeps, but, because social networking is the new grass-roots; any expanded efforts in creating pedestrian friendly areas grow quickly as many other DOT’s have followed suit.

See our official press release on the matter: Click Here