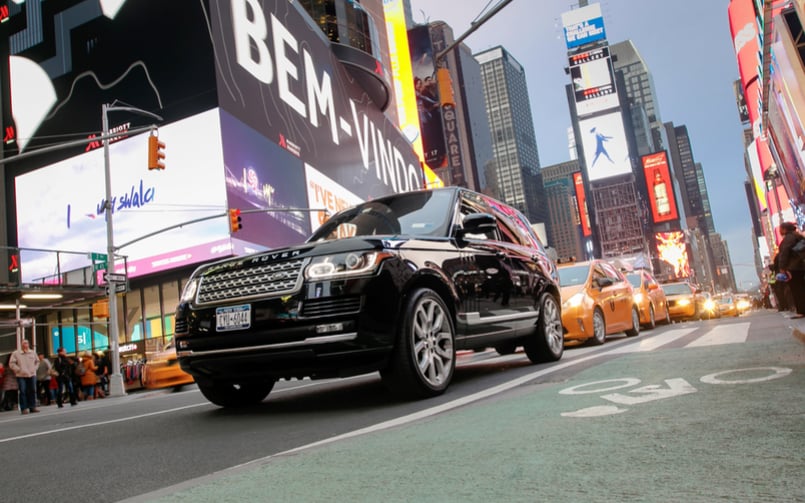 Effective bike lanes offer cyclists a safe and separated lane to travel on alongside motorists. Biking is better for people and the environment, but bike lane design can alter how many people use them and their overall safety. For instance, cyclists may be hesitant to ride along poorly marked bike lanes, or lanes that seem too close and unprotected from passing motorists. In addition, adding a bike lane to an already congested road can create issue. So, how do you ensure the installation of effective bike lanes in your city?

For a bike lane to be considered effective, it must be safe, well-marked, and not contribute to additional congestion or traffic.

1. First, and Foremost, Put Bike Lanes on the Right Roads

A functional bike lane should not increase traffic congestion. This requires careful planning and consideration when deciding where to add bike lanes. To start, calculate daily traffic on prospective roadways. Is prime time traffic already near capacity? If yes, find a different road to add the bike lane to.

To add a bike lane, you must remove a motor vehicle traffic lane. A road already at capacity and overly-congested is going to face even more backups after an entire lane is removed. On the other hand, a road that is not at capacity can benefit from the addition of a bike lane without the drawbacks. In fact, the Department of Transportation cites several studies where roads that are not near capacity show no changes in travel time or traffic congestion after adding a bike lane.

There is no one-size-fits-all width for bike lanes. The minimum width for a bike lane is 5 feet, set against a curb or parking lane. If the adjacent curb includes a 1 to 2-foot gutter pan, the bike lane can be 4-foot wide. The width does not include the gutter pan because this space is typically unusable. Width is measured from the curb face to the bike lane stripe.

The DOT recommends adding wider bike lanes to streets with higher posted speed limits, as well as streets with greater traffic volume. The typical cyclist usually travels around 2.5-3.5 feet away from the curb. Not only should the area be wide enough, but also, it needs to be smooth and free of debris.

The Department of Transportation reports that cyclists feel more comfortable utilizing bike lanes when “a striped area is provided.” The DOT defines unmarked bike lanes as a “striped area of 0.6 m (2 ft.) wide or more that contains no markings or signing that would denote it as a bike lane.”

There are several varieties of physical bike lane barriers, including bollards and planters. Bollards are short but solid in stature, they are ground mounted and used as a physical safety barrier between autos and pedestrians. Bollards often double as lighting fixtures, allowing you to accomplish two things at once. If adding lights, consider LED fixtures to save money on electric costs and reduce the frequency you must change bulbs.

A solid bollard is harder to miss, especially our strong PolySteel bollards made with a galvanized steel core coated in polyurethane foam and finished with a quarter-inch thick layer of our unique Linear Low Density Polyethylene, LLDPE, Resin. These things are solid!

Shop our large selection of Bollards

“Share the Road” signs are a helpful way to alert motorists to bike lanes. Plus, these signs can help cyclists feel safer and more welcome. There are several types of bike lane signs, including warning signs for upcoming bike lanes, or even the end of bike lanes. In addition, signs and markings should be added to indicate parking spaces used as a separator between bike lanes and motor traffic.