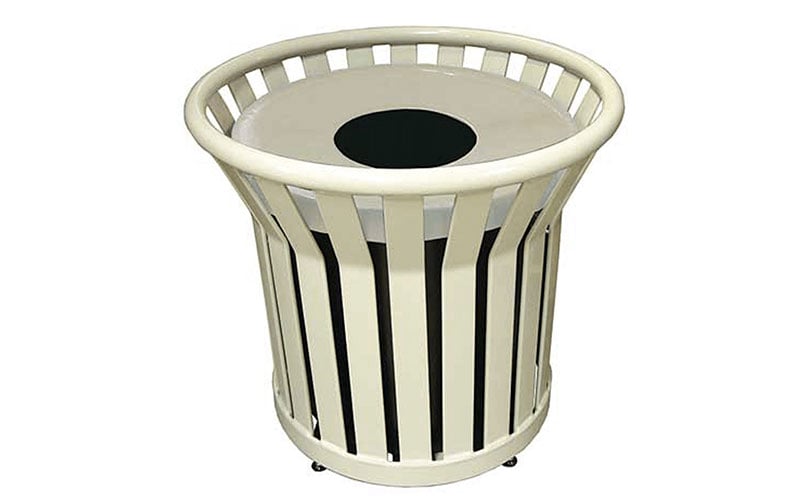 Is your business constantly covered in litter? Commercial trash receptacles can help fix littering issues and promote recycling. In fact, one of the biggest contributors to littering is a lack of trash receptacles. If people cannot find a place to throw away their garbage, and most people won’t look that hard, they will toss it wherever they can. Some may assume there is no consequence for littering and that someone else will pick it up as part of their job. You can help make the decision to responsibly dispose of trash easy by ensuring there are plenty of commercial trash cans and receptacles around your property.

The Problem with Littering

Litter is a big issue for people, animals, and our environment at large. Anything a business, public park, or residential neighborhood can do to decrease littering is helpful in the fight to keep our planet clean and healthy.

Waste almost always finds its way to local waterways, creating a toxic environment for everyone. Furthermore, water is consumed directly by wildlife which puts them at risk of toxic poisoning that can cause blood clotting, seizures, or worse. Furthermore, littering is dangerous because it can physically harm people and spread disease. Plus, it doesn’t make your community or business look very reputable if there is trash strewn all around.

Other problems caused by littering include:

Lack of Commercial Trash Receptacles = Common Cause of Littering

There are many reasons people feel compelled to litter but one of the easiest reasons to fix is a lack of commercial trash cans and receptacles. If people have to walk long distances or go on a treasure hunt to find a trash can, in many cases, they aren’t going to do it. By simply providing enough well-spaced trash cans, you can promote people to do the right thing with their trash… throw it away.

Other key causes of littering include:

Not all people are too lazy to throw away their trash, but a surprising percentage of people are. This goes hand-in-hand with the belief that there is no real consequence for littering. After all, the trash disappears… doesn’t it? What people fail to realize is how that trash impacts their community, waterways, wildlife, and so much more. Educating a community can help, but only if there are enough trash cans in the area.

Construction projects create a lot of litter – from building materials to food wrappers from workers who spend countless weeks at the same site. Everything from wood to plastic is found at or around construction sites. Providing adequate trash cans and large dumpsters is key to preventing a buildup of litter at or near construction sites.

The presence of litter has been shown to fuel littering habits. Researchers have identified areas with a lot of litter are subject to inviting even more litter.

How often should you empty commercial trash receptacles?

Clean trash cans are important too. A bunch of smelly, overflowing trash cans probably won’t help the problem. Commercial receptacles should be checked several times per day and emptied at least two times a day. Double line trash cans to help reduce the spread of bacteria and foul odors. The latest recommendations suggest sanitizing commercial trash cans at least once a week.

Adding an adequate number of trash cans that are regularly emptied and sanitized will help reduce littering. Although, not all commercial trash receptacles are made equal. The key is to find high quality commercial grade receptacles that can stand up to the test of time. That’s where TerraCast Products come into play.

We make durable commercial grade trash receptacles for a wide range of industries and applications, from shopping centers to public parks. Plus, all of our products can be custom made in any color with graphics or logos. If you can dream it, we can create it.