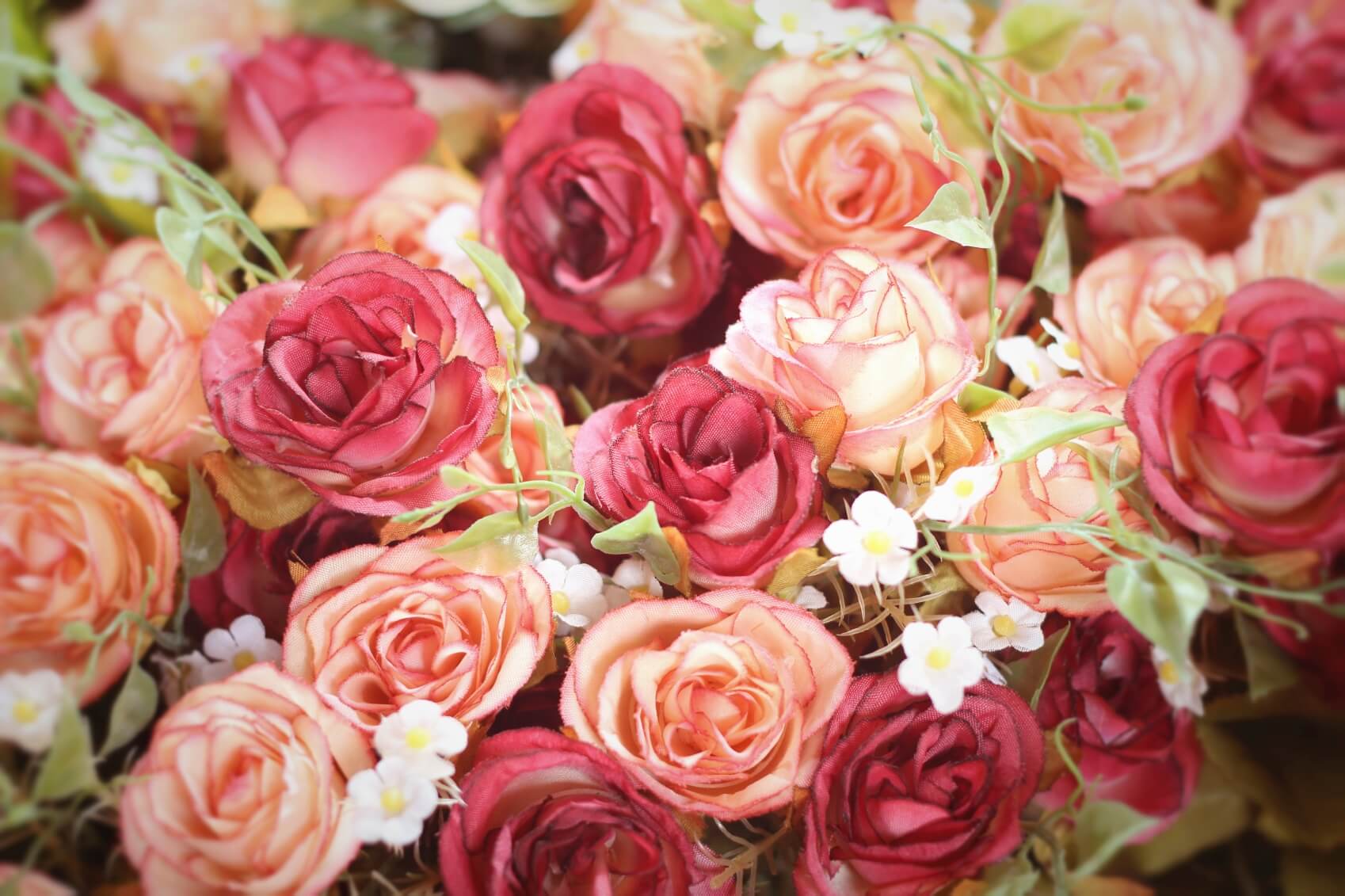 If you’re thinking of adding fake plants to your home or office décor you might want to think again after hearing these drawbacks to fake plants. Fake plants might look nice at first but they aren’t alive and this fact will show. Sure, fake plants won’t shed leaves, need to be repotted, or require any water but you will be trapped dusting and spot cleaning too. Yet, the largest drawback to fake plants is their inability to provide the same benefits as real flowers and plants.

Here are 5 reasons to reconsider fake plants, at least in large amounts.

Living plants naturally work to clean the air, making it breathable for you and I. While fake plants look the part they don’t do the part, meaning your fake plants are not going to improve air quality or your health. Live plants actually remove toxins from the air, making everyone feel better. So while they take a little more work they give a lot more in return.

Humans emit carbon dioxide and photosynthetic plants transform this carbon dioxide into oxygen. Thus creating the perfect balance and keeping the Earth’s temperate around an average of 57 degrees F. Unfortunately, the average temperature on Earth is increasing because there are too many people breathing out carbon dioxide and not enough trees and plants to filter it all out. This is made even worse by the increased burning of fossil fuels, and releasing stored carbon from over millions of years ago. There is so much of it in the environment that even if we stopped burning all fossil fuels today the temperature on Earth would continue to rise for another couple hundred years.

The more plants and trees on this planet the better off we will be. If you’re going to enjoy the beauty of plants, you might as well get all of the benefits. (Reference)

Cleaning Fake Plants Is More Work Than You Might Think

If you Google ‘how to clean fake plants’ you are going to find a world of information because it’s something that has to be done, and often. Otherwise, fake plants become dirty, dusty eyesores that make the air harder to breath.

You won’t have to water or prune but you will have to dust and spot clean and it’s not easy getting into all those tight spaces. Plus, there just isn’t the same satisfaction from cleaning fake plants as planting, watering and pruning a living thing. 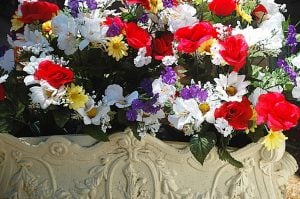 Real flowers become more beautiful as time goes by, growing and flourishing in all new ways. Fake flowers, on the other hand, only get worse over time, as their petals begin to fade and turn funky colors (which allows the dust to show worse.) If you put fake flowers in the window or anywhere sunshine reaches fading is going to happen much quicker. Fake plants will need to be replaced at this point because who wants to look at fake faded plants?

Fake Plants Are Harmful To The Environment

Plants are a gift from nature helping make the world go round. Fake plants are the exact opposite. In fact, made with dyes in large factories they only contribute to our growing pollution problems. When you toss out those faded flowers where do you think they go… ding, ding, ding, landfills! Landfills are already overcrowded as it is. On the other hand, living plants are absorbed back into the Earth and play into the natural cycle of life.

If you have a bountiful bush that blooms with a lot of flowers you likely enjoy picking a few here and there to decorate vases at home or more intimate spaces, such as your personal work desk. No fake plant is going to give you this type of pleasure. Instead, if you try and cut off a particularly pretty flower it will never grow back.

It’s Not All Bad In The World Of Fake Plants

We don’t mean to hate so hard on fake plants, in some cases fake plants are perfectly appropriate, say for a small desk or coffee table arrangement. Mixing a few fake arrangements with real flowers is a great way to give off a more natural appeal. When most of the flowers decorating your space are real a bouquet of fake flowers is guaranteed to play its part better. So while fake plants aren’t always a bad decision we wouldn’t recommend doing your whole décor in fake plants.

Living plants arguably take more work, they require water, pruning and they don’t mind if you sing to them either. Even though they require more TLC they pay you back with plenty of amazing benefits. If you think real plants are not a possibility because you don’t have quality ground soil or you are looking for something indoors, fear not my friend you can always use planters. Planters allow you to add beautiful real flowers, plants and trees anywhere.

We offer a vast selection of planters and other landscaping materials made from our specially formulated eco-friendly resin. As a result we have the strongest products on the market; resistant to rust, stains, weather, impact and even graffiti. If you’re looking for the very best and longest lasting planters and other landscaping materials look no further than TerraCast Products!